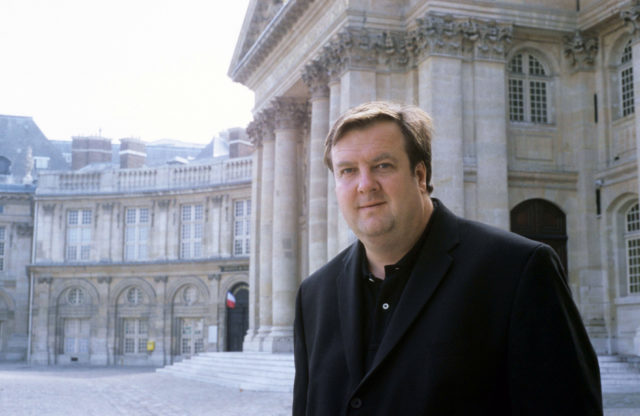 An English author, academic and historian, Andrew Hussey OBE has lived in Paris for many years. His best-selling book about the city, Paris – The Secret History, received widespread acclaim, and his latest release, The French Intifada, is out now. Here we put him under our spotlight to find out his favourite local addresses…

1. What initially inspired you to move here or visit?
In the early ’80s, I was in a band in Liverpool – I was 16. We were into the Velvet Underground but also African music and dub reggae and so we came to Paris – Barbès – to buy records that no one else had to confirm our status as the coolest dole-queue underground band in Liverpool. I didn’t expect to but fell in love with the place straight away. So I got home and, instead of my usual slacking at school, I learned French, devoured the literature and became, much to my own surprise, a university professor. Still waiting to get found out…

3. Best neighbourhood you’ve ever lived in?
I’ve lived in Pernety for the past 11 years. Still love it, and it’s changing all the time but still got that villagey feel.

5. And your sexiest moment here?
Backstage at a Smiths concert at Porte de Versailles in 1984. Not with the band. That’s all you need to know. Maybe two weeks later at Le Palace. That was a nightclub.

6. What do you hate most about living in Paris?
I’m not keen on rats and rubbish, and there’s a lot of it about where I live, especially when there’s a garbage strike. There’s too much traffic to cycle safely on the Right Bank, and I love cycling.

7. Who’s your favourite Parisian — be they living or dead, real or fictional?
I’m currently writing a book about a writer called Isidore Isou, who came here in 1945 from Bucharest to found an avant-garde movement called lettrisme. I met him once in 1997 and we talked about how as a Jew he had come here to escape the Romanian holocaust. Writing the book, I’ve fallen in love with his personality and story – he’s funny, clever, a rebel and sometimes a bit mad. Like lettrisme as a movement. He’s dead now but I think he’s an inspiration. If you need to know anything about lettrisme, it’s about endless creativity. His work is now fetching high prices at the shop Didierlecontre at 9 rue de Tournon. There’s an exhibition on the way at the Beaubourg so invest now. He’s a great artist.

8. Favourite cinema?
I haven’t been to the cinema for ages. Netflix in my flat.

9. Right Bank or Left Bank? And why?
Definitely the Left Bank. Lovely boulevards. The Fondation Cartier. Nice cycle paths. The Parc Montsouris with its ducks and huge carp. And in Montparnasse, where I have my office, a muted but also real sense that the 1920s are not too far away. I’m still in love with the avant-gardes of the pre-war era and I like the fact that Tzara, Bataille and Breton were here. Also, the East European sensibility behind all of that. I’ve been learning Romanian for the past year and love that sense of Montparnasse and pre-War Bucharest – micul Paris, as the Romanians say – as twins.

11. Where do you go to escape the city?
Galway on the West Coast of Ireland. My wife is Irish and I’ve long-standing love affair with Ireland, as well as my wife. One of the things I miss in Paris is the sea. I grew up in a port town and could easily imagine myself in Marseille.

12. Where are the best-looking girls or boys in Paris and why?
No idea.

13. Where do you get your news?
Le Parisien, The New York Times, The Guardian, The Liverpool Echo and BBC Radio 4. The Galway Advertiser doesn’t make it over here unfortunately.

14. Favourite museum?
When I was writing my book on Paris (Paris – The Secret History), I spent a lot of time in the Musée Carnavalet and still think its homely, educational and a bit bonkers.

15. Favourite shop?
By far and away the best bookshop in Paris is Un Regard Moderne in rue Gît-le-Coeur, named after a text by my favourite Parisian punk artists Bazooka. It’s packed with avant-gardism, alchemy, erotica, drug culture, comics and art. Everything a bookshop should be.

16. Who’s the most stylish Paris personality?
I’m pretty cool to be honest, although today I’m in need of a haircut.

17. What is your favourite film set in Paris?
Godard’s Paris is quite seductive – so all of his ‘60s films right up to Week End and the cannibal Maoists hiding out in the woods.

18. What about Paris most inspires you?
I never take it for granted that I live here. There’s always been a rivalry between Paris and London and there’s a lot of Brit arrogance about London being more street, more creative, more edgy… It’s all bollocks. I love the seriousness of art and literature here, and its connection to the past, even when artists and intellectuals don’t want to connect to the past.

19. What makes someone a Parisian?
Being here. Really being here.

20. What’s your favourite French word? (Swear words allowed!)
‘Plouc‘! Which isn’t actually French but Gaulish. It’s one of the oldest words still used in French to describe a non-Parisian, meaning a gormless outsider to the city. Very handy. Try it next time you’re out and about.

* Andrew Hussey’s latest book, The French Intifada, is out now in all good bookshops 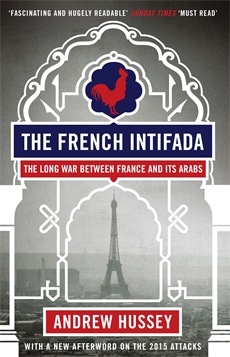