An award-winning war reporter, author and international speaker on foreign policy, Janine di Giovanni has lived in Paris for many years. The author of nine books, her last, The Morning They Came For us: Dispatches from Syria, has been translated into 18 languages and has won three awards. In addition, she is a Fellow at the prestigious Council on Foreign Relations… 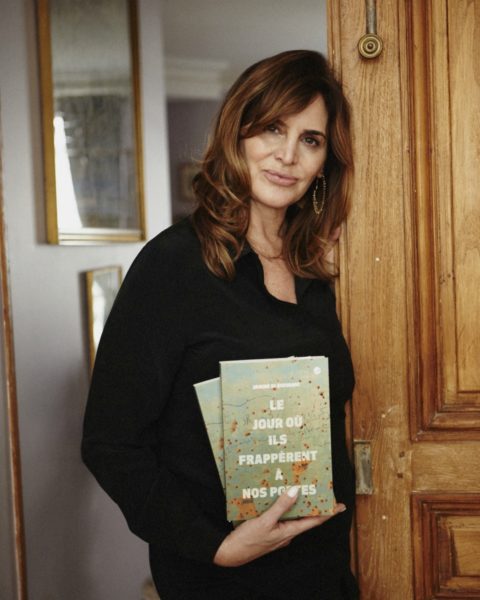 1. What initially inspired you to move here or visit?
I fell in love with another war reporter, Bruno Girodon, in Sarajevo in 1993 while we were both reporting the war. We married much later – after the war in Iraq – and decided to raise our son, Luca Costantino, here. Bruno and I separated, but I stayed on because Paris is a magical place to raise a child.

2. Earliest Paris memory?
Seeing Paris from the back of Bruno’s motorcycle on a hot summer night. That was pretty romantic!

3. Best neighbourhood you’ve ever lived in?
Mine! The part of the 6th where I live is old French families who have been here forever. The best thing is that I live in front of the Luxembourg Gardens and I walk there every morning when I am in Paris. There is no greater stress-breaker in the world than to walk amongst those lovely trees.

4. What’s the best meal you’ve eaten in Paris?
I have to say, my former mother-in-law made the best French food I’ve ever eaten. Her blanquette de veau was legendary. I’m not a fancy food person. I love my local bistro, Georgette, on the corner of rue de Fleurus. Friendly people, nice food – tables outside – that’s all I need. I prefer the company I am with to the food I eat!

5. And your sexiest moment here?
Too many to count… saying “I love you” for the first time on the Pont des Artistes? But that’s a little personal. You will have to read my book, Ghosts by Daylight: a Memoir of Love and War, which recounts my love story here.

6. What do you hate most about living in Paris?
It took me many years to understand Parisians. They like to argue, they like to say “no, it’s not possible” before they say yes. They can be negative. The beauty of the city and the sheer joy of waking up in a place like this balances that out, though… I feel blessed to live here.

7. Who’s your favourite Parisian — be they living or dead, real or fictional?
My son, Luca Girodon, who is 13. He’s a true Parisian. He was born in Clamart and came into this world so loved – he is the son of two war reporters – and we named him Luca, which means light because he was a burst of light in our world. He is my favourite person in the world, hands down! He makes me laugh, he’s funny, every day is a joy with him. I am blessed. We lived near the Tuileries when he was an infant and I would walk him there, and when he got bigger, we moved near the Luxembourg. So many beautiful memories of raising a kid in Paris.

8. Favourite cinema?
I used to love the old Pagoda but it’s gone! I adore L’Arlequin on rue de Rennes. Great movies. On a Sunday night, it is the best place in the world after a drink from the café opposite.

9. Right Bank or Left Bank? And why?
Left bank, of course. First of all, it’s my hood, and I am a village person. I go to my vegetable shop, my cheese shop, my fish shop and my butcher on rue du Cherche-Midi around the corner. I also go to the market on boulevard Raspail every Tuesday and Friday for my flowers and my fruit and veg in bulk. I know my pharmacist, my GP across the street, my traiteur… Also – and I am letting you in on a HUGE secret – the best hairdresser in the world, Christine Keller is two minutes away. Tel: 01 42 22 53 63.  Parisian women don’t like to share their secret address books, but she is too good to keep a secret. Now I will probably never get an appointment again! 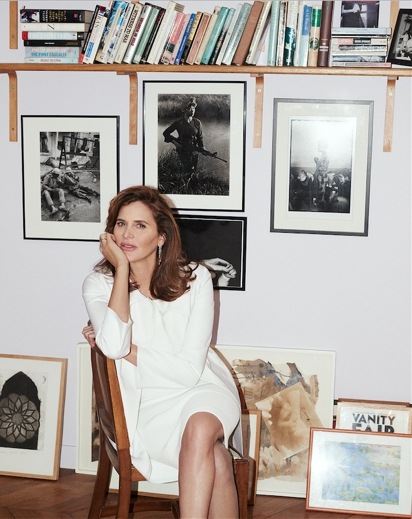 Janine says her favourite arrondissement is the 6th where she lives with her son, Luca

10. Favourite caviste?
There is lovely shop on rue de la Abbaye – they serve wine outside. But, frankly, I drink good wine when people bring it to me. It has to be good. Otherwise, it’s got to be Champagne!

11. Where do you go to escape the city?
The Alps in the winter – Bruno’s family are from Isere, a remote part of the Alps –  or I love the Atlantic Coast. I also love Ile de Re, in Brittany, too. Wherever friends invite me!

12. Where are the best-looking girls or boys in Paris and why?
There are some pretty great-looking people in the 6th… beautiful teenagers, but they all hang around outside and smoke!

13. Where do you get your news?
France 24, The New York Times, the BBC, the Council on Foreign Relations and Middle East websites.

14. Favourite museum?
Jeu de Paume. First place I went when I came to Paris as a student.

15. Favourite shop?
Le Bon Marché. It’s a wonderful place. The food hall is fantastic, the clothes are wonderful, and I love wandering around at Christmas time because of their lighting display.

16. Who’s the most stylish Paris personality?
I know he’s controversial, but Bernard-Henri Lévy was in Sarajevo with us back in the day, and he’s written some good books. He goes to the field, and that’s what matters to me. He’s quintessentially French intellectual – good-looking, smart, arrogant, vain… And those half-buttoned white shirts…

17. What is your favourite film set in Paris?
I love an old French gangster film directed by Jules Dassin (who is the father of the singer Joe Dassin) called Rififi.

18. What about Paris most inspires you?
The light.

19. What makes someone a Parisian?
If you want to be, and you make the effort to be. I got my French passport about ten years ago, and it was a pretty exciting moment.