The founder and CEO of VINGT Paris, Susie Hollands, has lived in Paris since 2003 – during which time she has advised countless clients not only on the best neighbourhoods but also where to enjoy bookshops, theatres and music as well as eating, drinking and shopping. Here she shares a few of her own favourites… 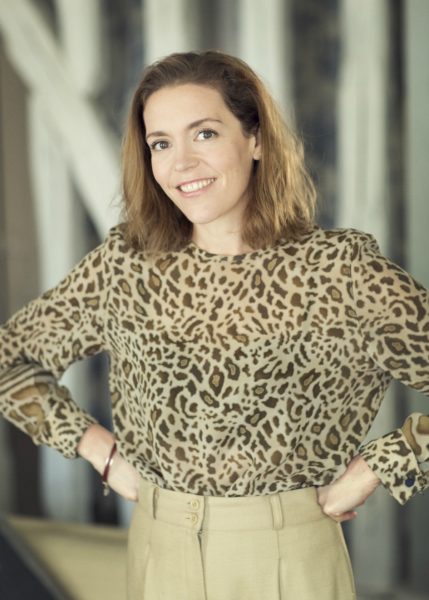 Founder and CEO of VINGT Paris, Susie Hollands, has lived in Paris for over 15 years

1. What initially inspired you to move here or visit?
Art, culture – and the cheese… I was a lifelong Francophile and when I lived in London through the 90’s, I made an annual trip at least to Paris. I also had some good friends through whom I discovered the real French ways!

2. Earliest Paris memory?
Staying at the strange, hippie Hôtel de Nesle on the Left Bank and then heading straight up the tower of Notre-Dame for an Esmerelda eye-view of the city. Eating a Croque Madame at a simple bistro in rue de Seine the evening. Later discovering the outer arrondissements and improving my French, mainly at restaurants and bars.

3. Best neighbourhood you’ve ever lived in?
In 2004, I lived in a small loft in an ex-commercial building in the rue St Nicolas in the 12th. It was close to the Marché d’Aligre where I still shop today. I got to know all the commercants and enjoy the nightlife. It was an easy walk home in the evening from the bars and clubs and the gallery I ran back in the day on rue Keller.

4. What’s the best meal you’ve eaten in Paris?
Too many to mention – but one that stays in my memory is at the brilliant bistro Chez Paul, in rue de Charonne in the 11th, where they serve classic (somewhat heavy) dishes. It was before I moved to France, when those meals were all the more potent because they were not available every day. From what I remember, it followed a very successful day’s racing at Longchamp. On another memorable occasion, at the Hotel Meurice, I was lucky enough to experience a “surrealistic” tasting evening created by Yannick Alleno and that was stunning. Some of the best meals, though, have been simple picnics prepared with the best raw ingredients and sampled on the banks of the Seine with friends, as soon as the nights turn balmy.

5. And your sexiest moment here?
In a Parisian elevator…

6. What do you hate most about living in Paris?
Drivers can be a little aggressive towards pedestrians and Parisians have no “give way” sensor when you walk along narrow pavements.

7. Who’s your favourite Parisian — be they living or dead, real or fictional?
Well, there are a few, so I’ll assemble the cast as a great Parisian dinner party: Baudelaire; Colette and her young chéri; the author, academic and historian, Andrew Hussey OBE; Grace Jones in the 80’s Palace period; author and courtesan Ninon de Lenclos; Nancy Cunard, poet and activist from the 30’s; polymath Boris Vian; and writer and poet André Breton. My chosen venue would be the 17th-century hôtel particulier, Hôtel de Lauzun, on the Île Saint-Louis – chez Baudelaire.

8. Favourite cinema?
The Grand Action in rue des Écoles – it’s a classic, properly old-school cinema with a great selection of films. I also love the open-air cinema at La Villette in the summer.

9. Right Bank or Left Bank? And why?
Right Bank always. It’s where I have lived for most of my time in Paris and it’s where contemporary Paris happens. If you want to experience what Paris is up to these days, you will do well to circle outwards from the place de la République into the 2nd, 9th, 10th, 11th and 20th arrondissements. Here is where you will find the creators, makers, chefs and designers who are on the up and up.

10. Favourite caviste?
Now I abstain, but it used to be La Cave des Papilles in the market street of rue Daguerre in the 14th, accompanied by my friend artist and musician Matthew Rose who would pick the wine. He also introduced me to the world of organic varieties and staying up way too late talking about art. 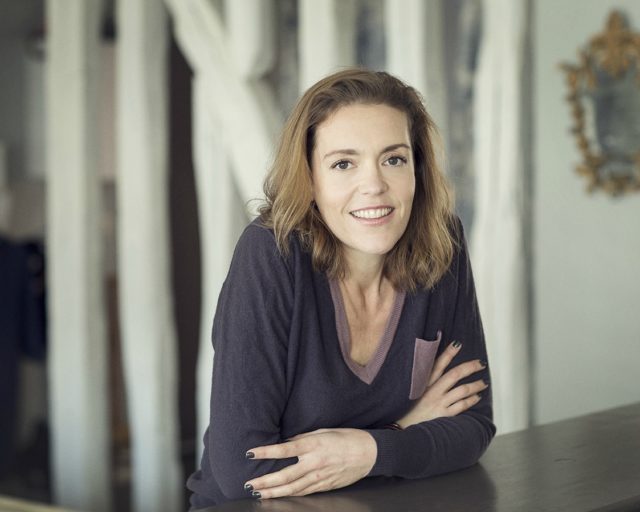 11. Where do you go to escape the city?
I leave Paris about once a month because I have to breathe in the air of nature and other colours and influences  Over the years, I headed south, as I love the light in Provence – and, at least once a year, I will have a jaunt to the Riviera. My favourite place is Arles and I usually attend the yearly Rencontres de la Photographie. This Roman town on the banks of the Rhone is a perfect hub for those who like culture but seek the light and soul of Provence, with great galleries, Van Gogh’s foundation and the Roman antiquities museum.

12. Where are the best-looking girls or boys in Paris and why?
Parisians are terribly good-looking wherever you go. And whatever the age. This is uber-evident when you come back to Paris after the holidays. The terrasses of certain cafés: Le Progrès in the Marais on rue de Bretagne for instance; the cafés on rue Montorgueil; oh, and the Grand Epicerie luxury supermarket. Or the Métro.

13. Where do you get your news?
Usually Libération, Le Parisien, The Guardian, the FT Weekend and the Radio Four Today programme. And I try to stay abreast of what the foreign press are reporting on Paris. Business of Fashion is great for the luxury trends and gossip, and Twitter for sport news.

14. Favourite museum?
The Musée de la Chasse et de la Nature, in rue des Archives, in the 3rd arrondissement. It’s a really quirky, interesting place full of cabinet de curiosités. I have been numerous times and never tire of it. I love the care and attention to detail; even the banisters of the staircase in wrought iron are a work of art in themselves. I also go often to the Jeu de Paume to see photography and video exhibitions and that museum has remained a constant inspiration for me since I came to live in Paris.

15. Favourite shop?
My bobo heart leads me to Merci where I can go a bit wild in the linen department. I love a whizz around the aforementioned Grand Epicerie for little treats like Bordier butter – and, the spice shop Goumanyat in the Upper Marais. Then Astier de la Villatte is an all-time favourite for ceramics, gifts and presents for myself or special birthday presents.

16. Who’s the most stylish Paris personality?
Ines de la Fressange has got it down, if you ask me. The older people I see in Paris are an inspiration. I like to see the ladies of the 16th out in their vintage YSL and big sunglasses. Also, Betony Vernon is the epitome of old-school Parisian glamour.

17. What is your favourite film set in Paris?
Les Enfants du Paradis by a mile. It’s an exceptional film and very beautiful visually. It was filmed during the occupation and features some of the lost iconic French actors and actresses, notably the indomitable Arletty.

18. What about Paris most inspires you?
The sky, the river and the ghosts…

19. What makes someone a Parisian?
Knowing how to stand up for yourself, flirt to get what you want and not give a f*ck.