Why we’re all on cloud nine 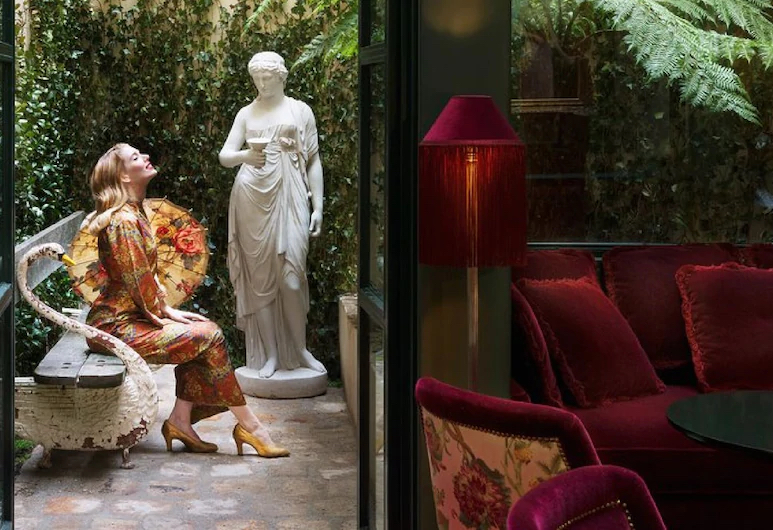 For so many of us, when moving to Paris, the number one factor is lifestyle. And when it comes to having the best of Paris lifestyle, food and culture at your doorstep, the 9th arrondissement is really hard to beat. Here the VINGT Paris sales team share their pick of the hot new places to hang out.

One of the things we get asked most often at VINGT Paris is about the best areas in the city – and, in particular, which are the most sought after parts of the city for lifestyle. Well, it’s fair to say that it’s the 9th arrondissement that is now catering to the most demanding tastes with it’s offer of the very best of food, lifestyle and culture Paris is so famous for.

Having been sometimes overlooked in favour of the Marais, the 9th is well and truly back in vogue – now home to one of the city’s chicest hotels, an exclusive private members’ club and some of our favourite restaurants, galleries and boutiques. In short, the district seems to have come full circle again – reclaiming the popularity it had back in the days when it was a famous artists’ haunt.

For while it may be the Left Bank and Montmartre that are most often associated with the rich artistic history of Paris, in actual fact, the 9th could just as easily lay claim to that crown. From the mid-1900’s through to the early 20th century, it was an area where artistic life bloomed – and where all the Impressionist artists were based. Also, architecturally, the area is full of beautiful neo-classic and neo-gothic mansions that entertained the cultural elite back in the 19th century and continue to do it in today with it’s rich history.

Perhaps the biggest driver in the area today, however, is the rue des Martyrs. Famous for its food shopping far beyond the 9th arrondissement, it’s a daily grocery shopping destination for many Parisians – even those living in the other side of the city. Not only does it have all the most famous brands of wine, cheese, patisseries and delis available, it also historically has the best food vendors not to mention it’s famous restaurant scene.

Despite all that it has going for it, though, the 9th still retains its authenticity and has not become too touristic. Most importantly, it still maintains a friendly neighbourhood vibe – making it one of our favourite places to live in the capital.

Discover our properties sale in Saint-Georges

One of the most spoken about five-star boutique hotels in Paris, and designed by Jacques Garcia, Maison Souquet is also found in a historic landmark building in the area.

Soho House will soon be opening their very first Paris address (currently under renovation) in a landmark mansion that was once home to artist Jean Cocteau.

Recently opened, the luxurious private sports club, 21 Blanche, is the perfect place to unwind at the end of the day – and there’s also a beautiful restaurant and bar B. B. for some well-deserved sustenance afterwards. 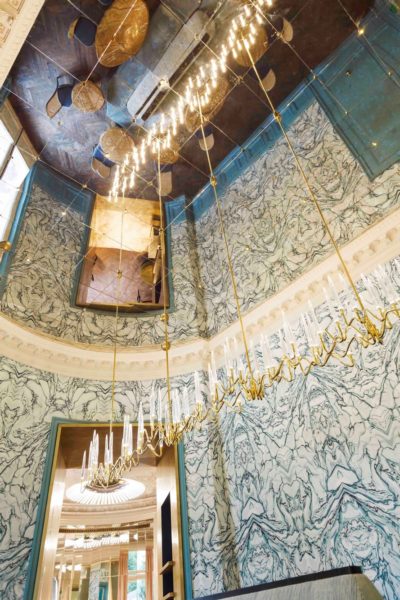 For food with a view, you can’t beat the lofty heights of Perruche – located on the ninth floor of a department store at Opera. Get there early to be sure of securing a table.

Louis
At this one-star Michelin restaurant, the enticing dishes are lovingly prepared by the celebrated chef Stéphane Pitré who spent his formative years at the Ritz. Be sure to book well in advance.

This famous raw-food restaurant has become something of an institution in the 9th. This is the place to go for organic, vegan dishes that are also gluten (and guilt) free.

A stone’s throw from the aforementioned rue des Martyrs, you will find The Yacht Club – home to a fantastic Mediterranean restaurant called Les Niçois. Inspired by the mythical Baie des Anges in Nice, this is the place for delicious seafood washed down with a crisp rosé.

For mouth-wateringly good Italian cooking, make for Faggio Osteria in rue de Rochechouart. The little sister of the nearby Faggio Pizzeria, found just opposite, here it is the delicious fresh pasta that is the star of the show.

One of the prettiest museums in Paris, this elegant hôtel particulier from 1830 is contains numerous mementos of the romantic literary figure George Sand as well as artistic treasures by her contemporaries. Also, be sure to make time for a drink in the small courtyard tea garden.

Another museum in an enchanting location, this one is found in the former home of artist Gustave Moreau. As well as works by the undisputed master of French Symbolism, you can also see examples by his friends Théodore Chassériau and Edgar Degas.