Posted on September 28, 2017 by VINGT Editorial 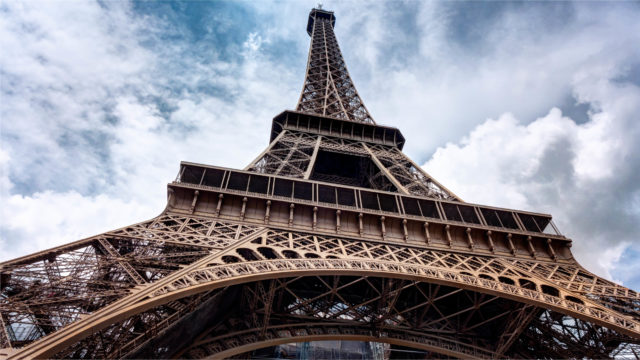 The authorities in Paris are cracking down on holiday rentals

Founded in 2008, Airbnb has been a stellar success story, enabling travellers to enjoy a truly local experience and homeowners to earn a bit on the side. But here in Paris, where lucrative holiday rentals are starting to cannibalise the entire property market, the authorities are cracking down…

With their alluring descriptions of everything from apartments and villas to castles and treehouses, it’s not hard to see why Airbnb has been a global success story. It’s also no surprise that the international home-sharing platform has such a massive market in Paris, one of the world’s most visited cities, with an estimated 65,000 properties registered on the site. However, as of this month, things are about to get rather more complicated for homeowners in the city benefitting from this lucrative cottage industry (no pun intended…), with strict new regulations being rolled out and heavy fines for those who fail to comply. .

The problem is, while it may sound great on paper (tourists get to experience the city as a local while homeowners make a few extra pennies), the system has also been subject to systematic abuse. While no one has an issue with a local resident renting out their spare room for the odd weekend, what has been happening is that investors have been snapping up apartments for the main purpose of lucrative holiday lets. The results of this are two-fold; not only does it reduce the amount of affordable long-term rentals available for local people, in a city where demand already far exceeds supply, but it means that properties can end up empty for much of the time.

Indeed, the Mairie de Paris has been very clear about its position on short-term rentals – it is forbidden unless the apartment is your principal place of residence. And, even if it is your principal place of residence, you are only allowed to rent it out for a maximum of four months each year. So, with abuse of the system now so widespread across the city, the authorities are cracking down – something that VINGT Paris has been behind all the way.

“Here at VINGT Paris, we believe in doing what is best for the city as a whole, so have long argued for a tightening up of the regulations,” says founder and CEO, Susie Hollands, who has also been featured in The New York Times talking about the company’s ethical stance on the subject. “Unlike some less scrupulous agencies, who just want to sell as many properties as possible, we have always been very transparent with our clients about what is and isn’t legal, and advised them accordingly. Now that the regulations are being applied more rigorously, it looks as though everyone else will have to start towing the line too.”

It’s not the first time that the Paris authorities have had a crackdown on illegal holiday rentals, with spot checks conducted regularly, but this year they have really raised the ante. According to one report, the total fines for illegal holiday rentals reached a record €615,000 in the first half of 2017, compared to €45,000 in the first half of 2016 – with the average fine an eye-watering €19,839.

This autumn, they have gone one step further still, with the introduction of new regulations that will force those who advertise their apartments on websites such as Airbnb to register as a tourist rental. These would aim to target any landlords flouting the 120-day rule, with heavy fines for those who exceed that, and it could also put an end to tenants renting out their apartments without the permission of the owners.

“Both Airbnb and Uber are predators,” the deputy mayor of Paris, Jean-Louis Missika, was recently quoted as saying at a conference in Prague. “And they have to learn that they cannot possibly work in Paris unless they follow the rules.”

Back at Airbnb, however, they say that while they are committed to working with the authorities to reach a resolution, they believe these latest proposals are disproportionate and overly complicated. Instead, they suggest that new automated hosting limits, similar to those introduced in London and Amsterdam, would be a more effective option.

“Home sharing brings great benefits to Paris,” says corporate communication manager at Airbnb, Aurelien Perol. “It helps grow and diversify tourism, and spreads guests and benefits beyond hotel districts to Parisian families and their communities. In fact, almost 90 percent of Parisians think that as the city becomes more expensive, Airbnb helps regular French people make a little extra income. As a result, we want to work with Paris to make it easier – not harder – for local families to share their homes responsibly.

“With that in mind, we are proposing an alternative where Airbnb would introduce new automated limits to help ensure entire homes listed are not shared more than 120 nights a year. We believe this would effectively target anyone abusing the system, without impacting the vast majority of local hosts who share their homes responsibly. It is also cheaper, simpler and more effective than the proposed registration system. We firmly believe our proposals are in the best interests of everyone in this great city and hope we can work together to make them a reality.”

Help is at hand

One way or another, it looks certain that the system will be tightened up in some manner over the coming months – and with several reports claiming that as many as 20,000 homes have already been lost to tourist rentals, that can only be a good thing. As always with these things, if in doubt, the best thing is to seek the advice of a professional at a reputable agency such as VINGT Paris.

“Whether you’re a prospective buyer, hoping to let out your home for part of the year, or an existing owner who wants to convert from offering holiday lets to a long-term rental, we can help,” says Susie. “We have a vast amount of experience in these matters, and will always find the best solution for our clients whilst also ensuring that everything is done correctly.

“For example, many people don’t realise that if you buy a property with what’s called ‘commercial zoning’, you are no longer subject to the usual 120-day rule. For anyone wanting the most thorough and up-to-date information, we strongly advise getting in touch for a consultation.”

Whatever happens this autumn in terms of new regulations, there will be many watching with interest, as it could also have repercussions elsewhere in the world. And here at VINGT Paris, we’ll continue to keep you right up to date on all the latest developments.