The latest update on Airbnb 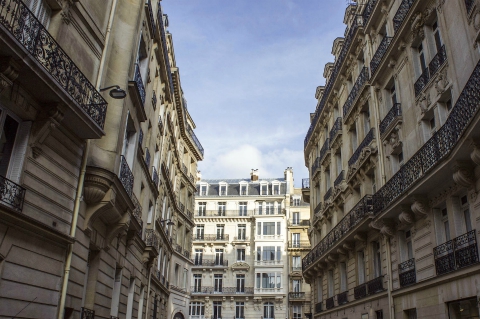 One of the things we are asked about most often at VINGT Paris is the rules around short-term rentals – and, in-particular, holiday lets through companies such as Airbnb. The reason for this is that, following a serious crackdown by the City of Paris, it’s becoming more and more difficult for owners to rent out their apartments short-term. As a result, we have seen a sharp increase in demand from customers looking to convert their properties to long-term rentals instead.

In the latest development in the long-running saga, the mayor of Paris, Anne Hidalgo, has reportedly vowed to tighten up the regulations still further – with plans for a referendum that could severely limit the activities of the home-sharing giant. This follows the controversial appointment of Airbnb as an official partner of the 2024 Olympic Games – of which Paris is the host city.

“Yes to the sharing economy. Yes to Parisians who rent their apartment a few days a year to have a small additional income. No to those who make money by destroying residential housing and risking making Paris a museum city,” the mayor was quoted as saying in a recent news story.

As things stand at the moment, homeowners in Paris are allowed to rent out their apartments for up to 120 days a year – as long as it is their primary place of residence. Any more than this, however, and it is then considered a business – so becomes subject to tighter regulations and additional tax.

In addition, every property also has to be registered with the City of Paris – and the ensuing registration number has to be included on any adverts. Those who fail to follow the correct procedure are at risk of incurring a steep fine.

“With the rules around short-term rentals particularly strict in Paris, it’s important that homeowners get it right,” says founder and CEO of VINGT Paris, Susie Hollands. “Fortunately, we are experts in this field and can advise specifically on the most lucrative option for your apartment whilst still remaining within the law.

“We will also continue to keep everyone informed of the latest developments through our regular newsletters.”

Meanwhile, Airbnb has insisted that it is already respecting the rules, having implemented appropriate measures to help Parisian hosts rent out their homes legally. It has also announced plans to tighten up its own regulations around nuisance guests.

In addition, the company scored a big win just recently when the European Union’s highest court rejected an argument that they should be subject to the same strict rules that govern French estate agents.