A brief introduction to Gascony 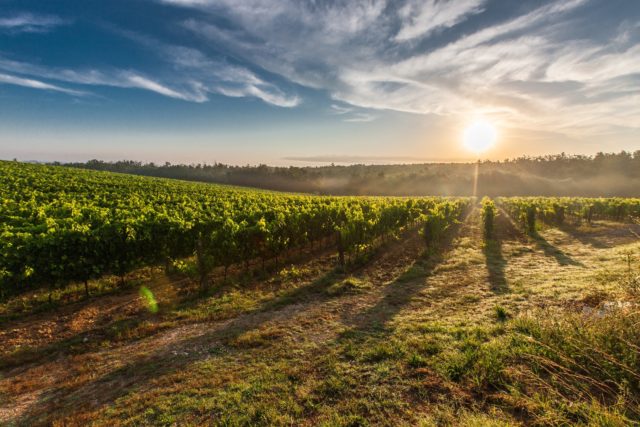 The region is renowned for its rolling vineyards (Photo: © Pexels)

Often known as the ‘other’ South of France, the historic region of Gascony is located to the north of the Pyrénées and reaches as far as Bordeaux and Toulouse at either end.

Best known for its idyllic countryside, celebrated vineyards and sunny climate, the area is also renowned for its relaxed pace of life. At its heart is the département of Gers – country of d’Artagnan and the musketeers – and notable for its magnificent markets, thriving cultural events and fortified towns.

In terms of transport, Gers is far more accessible than many people realise. Toulouse is just 1.5 hours away and Bordeaux is 2 hours – both of which have major airports. In addition, Biarritz, Saint-Jean-de-Luz and San Sebastián are all nearby – as are the stunning surf beaches for which the south-west is also famed – and Barcelona is an easy drive away.

The region of Gascony as a whole features attractive architecture in a lovely yellow stone. Similar to Tuscany the buildings have their own distinctive style – and gardens filled with sunflowers. Also popular for its pleasant climate, the temperature here tends to hover around 20 degrees, there are only six weeks of the year when rain tends to occur and from April onwards it is warm enough to swim.

The vibe here generally is low-key and very discreet – definitely not boring but not a circus either. While the population density is low, there is nevertheless a vibrant local life. So, unlike some places in the south of France, the region is not “dead” in the winter months. Very friendly and cosmopolitan, the area is also popular with Parisians , Swiss and South Africans – and there is a growing LGBTQ community too. Wherever you go, everyone is very warm and welcoming.

There is also a strong sense of local identity and tradition in Gascony – and the region even has its own language. Many of the older people here still speak that language.

Perhaps the most desirable area of all is the part to the north of Gers. Known as the ‘Golden Triangle’, it takes in the district between Condom (with its impressive cathedral), Nérac (home to a castle that once belonged to Henri IV and an amazing Saturday market) and Agen (the largest local town with good transport links including a private airfield). Here, you will need a minimum of budget of €500k to €2-3m. Other towns of note are Lectour and Auch.

Despite all the many attractions of this gorgeous region, property is also surprisingly affordable. A budget of €1.5m is a very respectable amount – and with €2m you will be able to redo the bathroom, kitchen and pool. With €4m, it is possible to get something very special indeed.

In summary, with its spectacular natural landscapes, the wonderful weather and the delicious regional produce, it’s perhaps no wonder that the people of Gascony reputedly live longer than anywhere else in France!

Our current listings in the area