The low-down on Lisbon

Posted on November 1, 2019 by VINGT Editorial 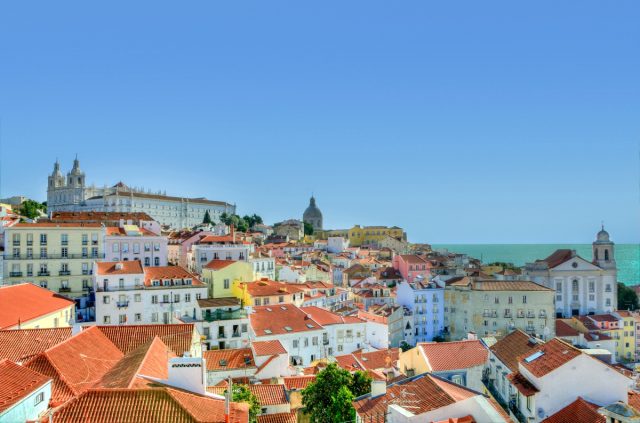 From its coastal backdrop and colourful tiled buildings to its traditional trams, Lisbon is one of Europe’s most picturesque capital cities. Here, we bring you our highlights 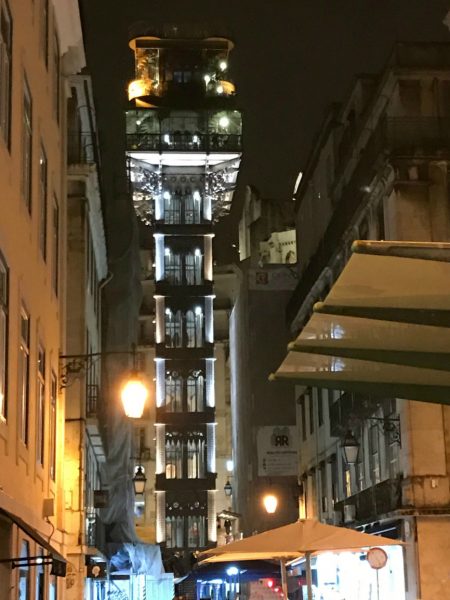 Spread over seven hills, and set against a backdrop of the Tagus river and the Atlantic beyond, one of the many great things about Lisbon is that there is always a view to enjoy. Topped by a series of terraces known as miradouros (viewpoints), you’ll be sure to find somewhere to sit back and sip a coffee while soaking up the panorama. What is more, with its steep, narrow streets, faded pastel buildings and those famous tiles, the city itself has a romantic, olde-worlde quality all of its own.

First things first, though, and you need to know that Lisbon is loosely divided into different districts. The Baixa and Chiado areas are the beating heart of the capital, filled with shops, restaurants and theatres, while the hilltop haven of Alfama is the oldest neighbourhood – having survived the devastating earthquake of 1755. With its central location, Rossio is close to all the main landmarks, which are an easy walk away, and Bairro Alto is a charming neighbourhood, very typical of the city, but also known for its lively nightlife. The Belém district, in the south-west of the city, was once the location of the shipyards and docks.

Not surprisingly, there’s a whole bucket-list of things to see and do in Lisbon – ranging from the medieval Belém Tower, with its stunning sea views, to the hilltop castle of São Jorge, itself dating back to the 11th century, to the National Azulejo Museum, where you can see five centuries of decorative ceramic tiles. We’ve included our full list of ‘must-sees’ below. 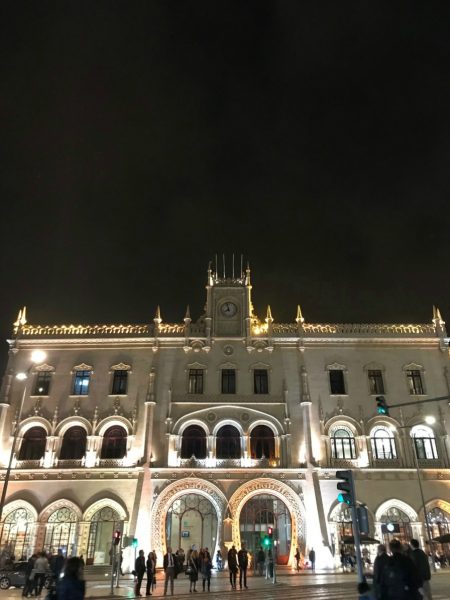 One of Lisbon’s many architectural jewels

Also, as one of Europe’s least expensive capital cities, what better excuse to indulge in a little retail therapy? For traditional shops, including some dating back almost 300 years, pay a visit to the Pombaline Baixa neighbourhood. Nearby, the district of Chiado is a bit like the Marais, in Paris, with its ateliers, art galleries and avant-garde stores. For high-end shopping, and the most luxurious and prestigious international brands, opt for the Avenida da Liberdade – Lisbon’s equivalent of the Champs Elysées (see more on that below).

Finally, for vintage clothing and antiques, head to the flea market of Feira da Ladra in Alfama. Open Tuesdays and Saturdays, from 9am to 6pm, this place is always teeming with irresistible treasures. 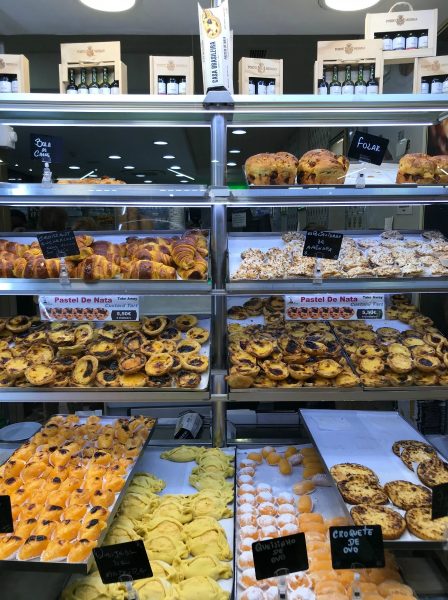 Delicious pastries at a Portuguese patisserie

When it comes to recharging the batteries, Lisbon is renowned for some of the freshest, tastiest seafood around – or, less fresh but equally mouth-watering, the national dish of bacalhau (dried and salted cod fish). Sardines are also something of an institution here. To push the boat out, so to speak, try the top-end Nune’s Real Marisqueira where Cristiano Ronaldo is rumoured to be a regular.

Vegetarians should make a beeline for Ao 26 – a vegan restaurant that is so sought-after that booking is essential. Alternatively, Sorbettino is the must-go place for vegan ice cream – which you can watch being made before your very eyes. Alternatively, for a non-vegan sweet treat, try a ‘Pastel de Nata’ –  a Portuguese custard pastry that is dusted with cinnamon. 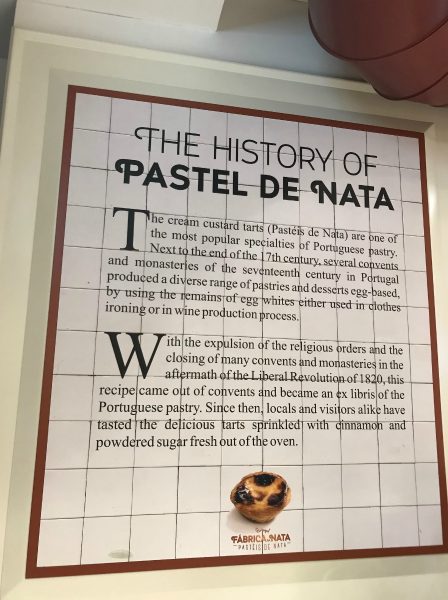 To wash it all down, choose from a jug of refreshing sangria (just made for summertime), a glass of Vinho do Porto (a delicious wine from the Porto/Douro region) or, if you’re feeling brave, a shot of Ginjinha or Ginja Ginja (a local liqueur that is made from infusing ginja berries in brandy and sugar).

Anyway, without further ado, here we bring you our very own VINGT Paris bucket-list of the best things to see and do in lovely Lisbon…

Take a tram ride
While the No.15 tram is the most slick and shiny of Lisbon’s lauded tram system, there’s nothing like the fabled No.28. Hop on board its vintage wooden carriages as it wends its way through impossibly narrow streets of the Belém district in a throwback to another era.

Brave the Belém Tower
A UNESCO World Heritage Site, the Belém Tower was originally built between 1514 and 1520 to defend the city. Later, it was used as both a lighthouse and a customs office. Today, there’s no doubt that it’s a steep climb to the top of the tower, up narrow steps, but the views are magnificent.

Meander around a monastery
Located close to the Belém Tower, the Jerónimos Monastery dates back to the early 1500’s but took a century to complete. Today, it is also a UNESCO World Heritage Site that is well worth a visit for its late-gothic fairy-tale architecture. 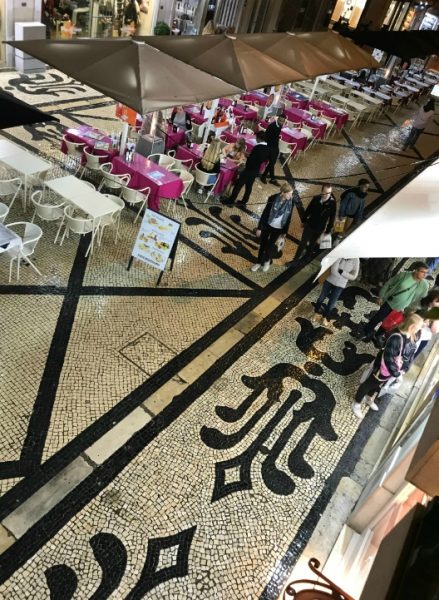 Pretty mosaic tiles in a picturesque side street

Stroll the streets
A walk around the old city – and especially Lisbon’s oldest neighbourhood, Alfama – is a must. Many of the buildings are covered with beautiful old tiles, which lose nothing from being a little faded from the southern sun, and the whole district has a romantic, out-of-time feel about it.

See the Sé de Lisboa
Close by, you will also find the Sé de Lisboa – or Lisbon Cathedral. Completed in 1150, it offers soaring archways, an impressive gothic cloister and a stunning rose window containing fragments from the original. There’s an austerity to this imposing building but that also adds to its grandeur.

Marvel at the museum
Back on the subject of Lisbon’s famous tiles, there is no better place to see them than the National Azulejo Museum in the north-east of the capital. A former convent from the 16th-century, here you can discover the story of this enchanting city – and see a huge panorama of Lisbon as it was before the earthquake of 1755.

Climb up to the castle
Back in the centre of the city, sitting high up on a hilltop, the São Jorge Castle dates back to the mid-11th century. Comprising a fantastic fortress, an archaeological site spanning three diverse periods and far-reaching views over the city, a visit here is a must for any history fans.

Soar in the Santa Justa Lift
Also fairly central, the Santa Justa Lift is regarded as one of the most beautiful elevators in the world. This fabulous funicular was created in 1902 by Mesnier du Ponsard – a student of Gustave Eiffel no less  –  so it’s no surprise that it flaunts a French turn-of-the-century style of architecture. 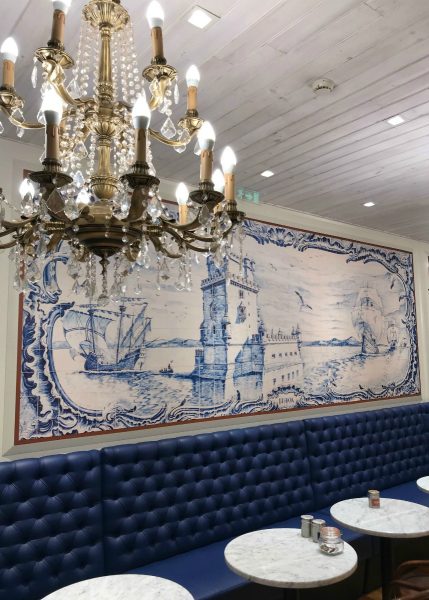 The city is renowned for its fantastic, fresh seafood

Take a break at the Brasileira
One of the city’s oldest and most renowned coffee houses, Café A Brasileira is the perfect place to enjoy a drink against a beautiful Art Deco backdrop. A bit like the classic cafés in Paris, this was a popular haunt for writers and intellectuals back in the day and something of that spirit lives on.

Nail the nightlife
For going out, the focal point for the city’s nightlife is the district of Bairro Alto where you’ll find a host of hipster-type haunts. However, for the cooler hangouts, head to Alcantara, a former industrial area on the waterfront with lots of nice bars and restaurants etc. in the converted warehouses of the Santo Amaro docks.

Browse the boutiques
One of the more affordable capital cities, the discerning traveller can still find all the designer names available in Paris. For the best of the brands, head to the area around Avenida da Liberdade – often compared to the Champs Elysées – in the Chiado district. For a nice mix of both French and Portuguese labels, try Veronique Boutique, a two-minute walk from Café A Brasileira (see above).

Shop for souvenirs
For something to take home, look out for locally-made cork products, ceramic tiles or, what else, but a bottle of port – all available across the city. Managed by the tourist office, The Lisbon Shop, is a great place to find local specialities. Planning your next trip already? There is also a lovely book shop in the São Bento neighbourhood, Palavra de Viajante, dedicated solely to travel.