Home » Featured » The attraction of Arles

The attraction of Arles

The two-tiered Roman amphitheatre continues to dominate Arles some 2,000 years after it was built

Immortalised in the paintings of Van Gogh, the historic city of Arles is best-known for its remarkable Roman remains. However, you’ll also find a magnificent market, great galleries and museums, and stunning natural beauty close by…

Of all the cities dotted along the coastline of south-east France, it’s hard to think of one that offers the diversity of Arles. While it may not be quite as well-known as some of its more-glitzy neighbours, this is a place that offers the full package. From its remarkable Roman remains, which are UNESCO-listed, to its extraordinary artistic heritage, as a hang-out for everyone from Van Gogh to Picasso, to its delicious Provençal produce, not to mention fine wines, this is a place that you simply won’t want to leave.

The famous white horses of the Camargue

What is more, while you could easily lose a week or two exploring just the city itself, Arles is also surrounded by great natural beauty. Located to the north is the mountainous landscape of the Alpilles, with its verdant pine forests, while to the south is the Camargue, a spectacular natural reserve lying between two arms of the Rhône river. Itself a UNESCO-listed site, it is a paradise for migratory birds, a nesting area for flamingoes and home to black bulls and white horses.

Then there’s that coastline. Bordered by some 60 km of fine sand beaches, the Camargue is not only popular with nature-lovers but also sunbathers. South of Salins de Giraud, you’ll find the popular plage de Piemanson, while a little further west is the beautiful Beauduc beach. And if you’re feeling brave, you may even wish to try the naturist beach at Pertuis de la Comtesse.

The Roman remains of the Théâtre Antique in Arles

However, as a one-time provincial capital of ancient Rome, Arles remains best-known for its magnificent Roman monuments. Regarded as some of the most important in France, the must-see sights include the atmospheric theatre ruins, the subterranean galleries, the Constantine public baths, the imposing obelisk and the Alyscamps necropolis. The most impressive of all, though, is undoubtedly the two-tiered Roman amphitheatre, which continues to dominate Arles some 2,000 years after it was built and is the city’s most visited monument.

For those who want to find out more about the area’s Roman history, a trip to the Musée Départemental Arles Antique is a must. Located on the remains of the Roman circus, here you will find artefacts ranging from architectural pieces and mosaics to sarcophagi. Best of all, though, you can see the mysterious marble bust of ‘Julius Caesar’ that was dredged up from the depths of the Rhône in 2007. Claimed by some to be the only surviving statue of the Roman emperor carved during his lifetime, other historians have questioned whether the statue depicts Caesar at all, so you’ll have to decide for yourself on that one.

Another popular destination for history lovers is the Museon Arlaten, dedicated to the ethnography of Provence. Housed in a 15th century hôtel particulier, it is currently undergoing renovations but due to reopen fully in 2019. Elsewhere, be sure to visit to the 12th century church of St Trophime, home to some fine examples of Romanesque sculpture, and the majestic Montmajour Abbey, which also hosts some wonderful art exhibitions. On the subject of art, there is such a rich artistic heritage in Arles that we have given that its own dedicated article here.

When it comes to shopping, you’ll be spoilt for choice here too. Renowned for its great range of Provençal products, ranging from olive oils and fine wines to various rice varieties, there is no better way to discover it all than a stroll through the Saturday morning market. Widely regarded as one of the most beautiful markets in Provence, and stretching over two kilometres, it sells just about everything. On the esplanade, there is also a country market, which brings together many organic farmers, while on the first Wednesday of the month there is a fantastic flea market on the boulevard des Lices. A bargain-hunters’ paradise, it offers all kinds of treasures, from furniture, paintings and books to postcards, jewellery and linen.

Away from the markets, the pretty streets are lined with lovely artisan products. Among our favourite shops on our own recent visit were the atelier of Sophie Lassagne, where you will find beautiful yet practical ceramics, and Fad’oli & Fad’ola, home to a range of olive oils. Alternatively, at Li Beloïo, the old Provençal French for ‘the jewels’, they offer the most exquisite pieces of jewellery, miniature gems and other local handiwork. Oh, and one of our favourite addresses in the city is the bookstore, publishing house and all-round general arts hub, Actes Sud, headed up by French culture minister Françoise Nyssen, no less. As well as hosting regular author events, they also have a cinema, restaurant and even a hammam. 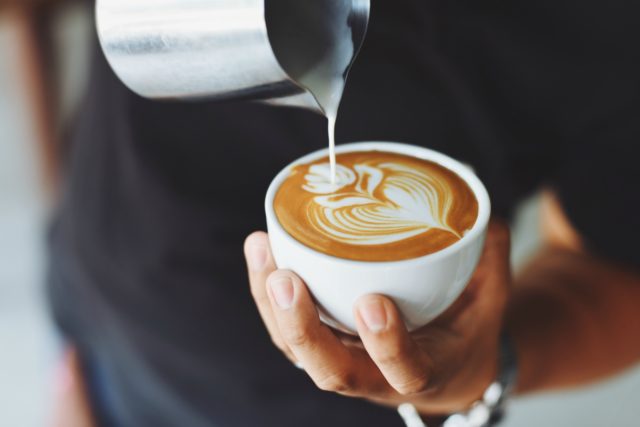 After all that souvenir-seeking, you’ll be ready for a pause-café. Located on the place du Forum, one of the main squares, Mon Bar is an old-school café/tabac that is something of an institution. Run by the jolly owner, Virgile, his all-round bonhomie is infectious. Budding baristas, meanwhile, should head to Café de la Major, a cool little coffee shop specialising in fine-grade brews. Or for those who prefer their mocha on the move, there’s the artisan coffee truck, Le Café d’Autrefois, found at the market, near to the carousel, on esplanade Charles de Gaulle.

When it gets to dinnertime, you won’t be short of options either. In the heart of the old town, celebrity hotspot Le Galoubet offers classic French dishes, but be sure to book ahead as it can get crowded – and ask for a table on the terrace. Another good address is the fine-dining bistro Le Gibolin where they specialise in local dishes paired with regional wines. Run by Sandrine et Bruno, this is the place for a true taste of Provence. Alternatively, over at Le 16 Filles, you’ll find a more relaxed café vibe with a seasonal menu served up among regional stonework, pretty lattices and climbing plants.

There are two hotel restaurants that come highly recommended too. Set on place de Forum, the Hotel Nord-Pinus is home to an elegant eatery offering local products, organic wines and creative cocktails. Also, five-star hotel and spa, the Jules César, is a former 17th century Carmelite convent that was recently renovated by Arles’ master of fashion, Christian Lacroix. Their gourmet restaurant, the Lou Marqués, offers seasonal French cuisine infused with the “soft scents of Provence”.

Elsewhere, another favourite place to stay is the recently-renovated boutique-style hotel, Hôtel du Cloître, found just steps away from the Roman theatre, amphitheatre and the main square. Perhaps the most beautiful of all though is the elegant 18th-century mansion house, L’Hôtel Particulier, with its lovely pool set in a ‘secret’ garden. Offering five-star luxury in an intimate setting, there is also a bar, bistro and private spa.

So, in summary then, while it may not be the best-known destination in Provence, we like to think of Arles as something of a hidden gem – because it really does have everything you could wish for. Just don’t tell everyone else…

PICK OF THE HOTSPOTS