Home » Le People » A Spotlight on our CEO

To mark the 15th anniversary of VINGT Paris, here we catch up with founder and CEO, Susie Hollands, to discover the inspiring story of how she succeeded in the world of Paris property 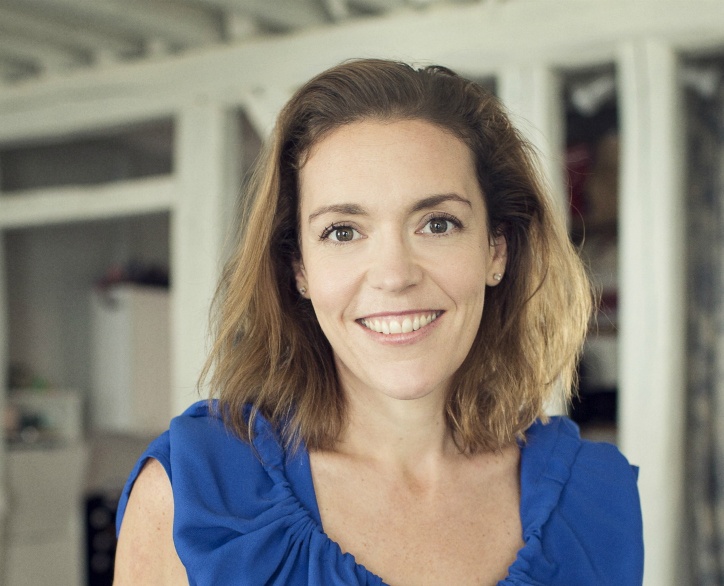 When Susie Hollands drinks her morning coffee, she does so from a white china mug with a colourful motif of Marie Antoinette on the side. In the picture, the French Queen is dressed in her trademark court-garb, complete with huge hooped skirt. Directly beneath her are the words: “Whatever you do, always use your full ass.” On the other side of the mug, “Don’t half ass anything.”

This perhaps goes some way to explaining how this sassy Scot has made such a success of everything she has turned her hand to – from running her own contemporary art gallery in Paris, in a bid to help struggling artists, to organising performance-art events; from launching a leading online magazine in the French capital, still going strong today, to running her own international property company.

“Despite the picture of Marie Antoinette, the mug is actually a souvenir from Scotland,” laughs Susie, eyes twinkling at the absurdity of the idea, as we chat over coffee. “I just couldn’t resist it, though, as it encapsulates my own philosophy so well. I’ve always believed in giving your all to everything that you do.” 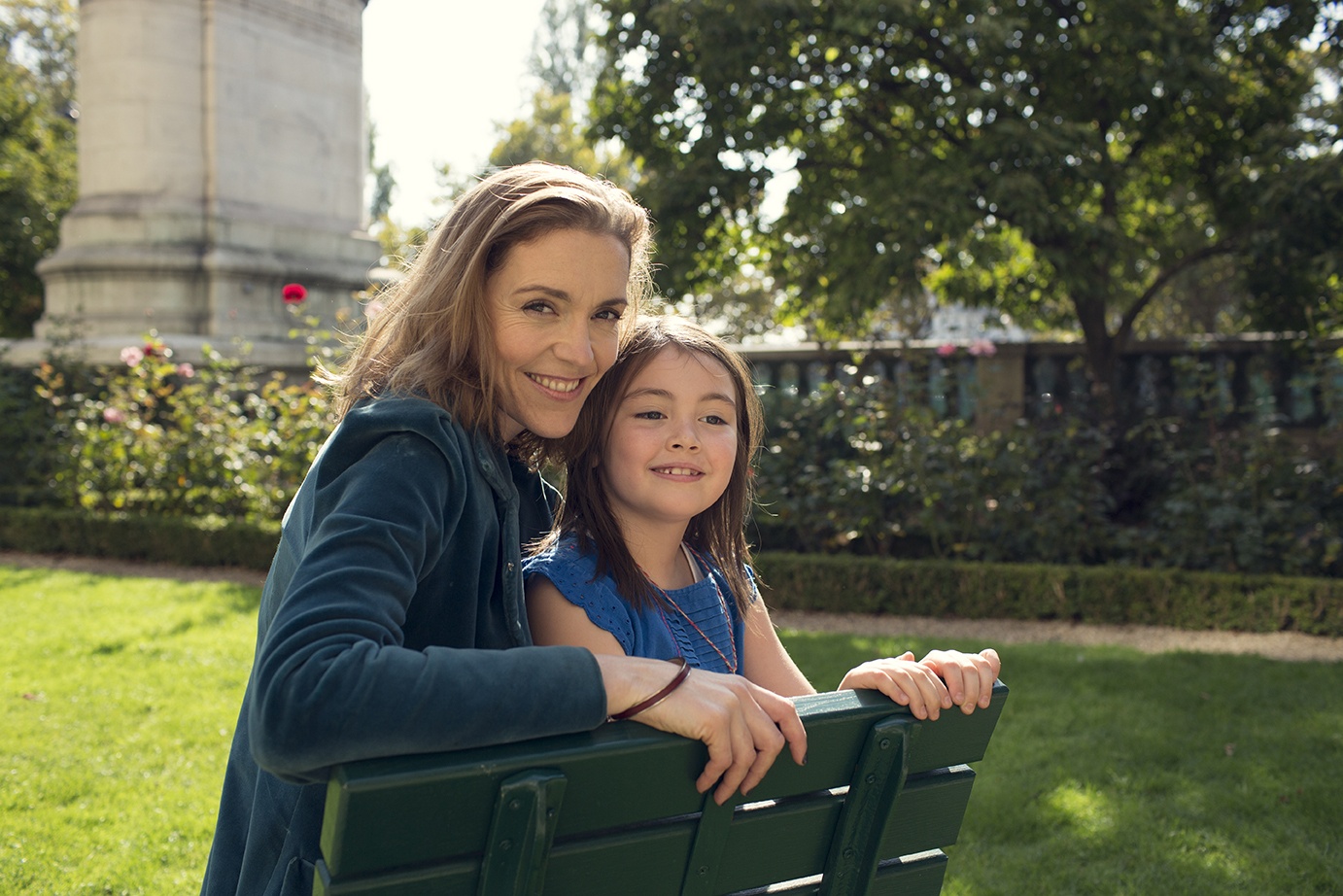 Susie now lives in Paris with her daughter, Paloma

Born in the Scottish Borders, far from “civilisation”, Susie spent most of her childhood either on the back of a horse or singing and performing plays instigated by a theatrical granny. There was also plenty of time to acquire her love for books and literature, too, and a particular passion for historical works.

Having graduated with an MA in history from Stirling University, where she also enjoyed courting controversy editing the satirical magazine Mental Block, she headed for the bright lights of London. There, she divided her time between working as the marketing director of a new tech start-up and, at the opposite end of the scale, helping out at an underground arts venue. A conduit for “rare film, weird music and avant-garde art”, it was, as she points out, a very necessary antidote to the likes of Damien Hirst, Tracy Emin et al – who at that time were taking the art world by storm in a bubble created by then Tory spin doctor, Charles Saatchi.

“I ended up working with a motley crew of pranksters,” says Susie, not without a little pride. “Together, we organised slyly subversive events, such as auctions of paintings salvaged from flea markets, as well as what would now be called ‘pop-up performance art’. I remember one occasion where we had 40 Santas breakdancing their way through London creating hapless, joyful chaos.”

As time went on, though, feeling increasingly disillusioned with the neo-liberal politics of Tony Blair, an ever-more pervasive celebrity culture and a sense that Great Britain wasn’t quite so great after all any more, Susie felt the time had come for a change. So, when the tech company where she worked was purchased by the Rank Group in 2003, she seized the opportunity to fulfil a lifelong ambition to pursue her love for the arts in Paris. It was a decision that would turn out to be one of the most important of her life.

“I’d always loved Paris, for as long as could remember, and by this stage I was also very passionate about contemporary art,” says Susie. “So, when the opportunity arose to move to this wonderful city, so famous for its arts, I took it with both hands.” 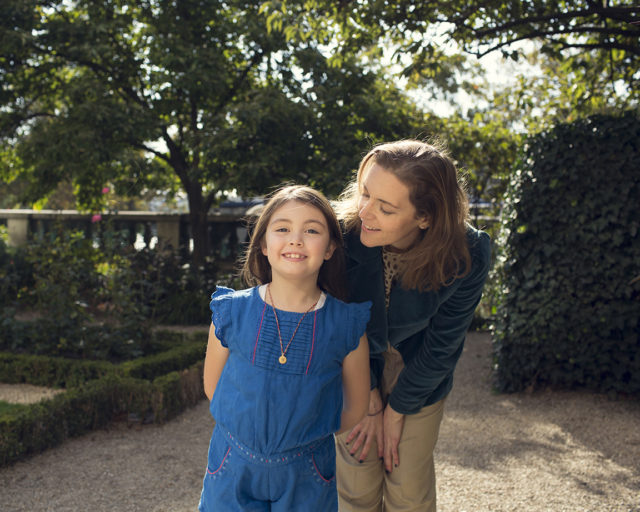 Susie and Paloma enjoying the spring sunshine in Paris

In typical Susie style, within just a few months of her arrival, she had co-founded an art gallery, IVY Paris, with American artist, curator, intellectual and “fellow itinerant”, Whitey Flagg. The idea was to showcase the work of struggling artists, and though there were times when they could barely afford to eat themselves, the gallery was an undisputed hit. Before long, the resulting salon had grown into a well-known Paris collective for international artists and art lovers – which, in turn, would also lead on to another important creative project.

“It was around this time that we began sending out a regular newsletter to keep everyone in the loop,” says Susie, who was also busy organising performance-art events too. “Back then, it was so tricky finding out about all the great cultural events going in Paris, and this seemed to be a good way to keep everyone informed. However, it quickly became apparent that we had really tapped into something, so the newsletter soon grew into a blog, and then an online magazine, Live Like A Local, that became the go-to place to discover the best of the French capital. In fact, several of our writers went on to work for such prestigious publications as The New York Times.”

Meanwhile, in tandem with all this, another seed of an idea had been forming in the back of her mind – namely a service helping foreigners to find a place to live in Paris. A notoriously difficult process for ex-pats, Susie herself had struggled to find a place when she first arrived, and she had also watched many of her friends go through the same apartment angst. So, she knew there was a gap in the market – and she also knew that she could fill it.

“When arriving in a new city, there is so much to think about – and struggling to find accommodation should not be one of those things,” says Susie. “So, I launched VINGT Paris with exactly that in mind, knowing that with my insider knowledge of the city, through editing the magazine, I could help ex-pats to find accommodation in interesting, lesser-known parts of Paris, and even make the process a pleasurable one.” 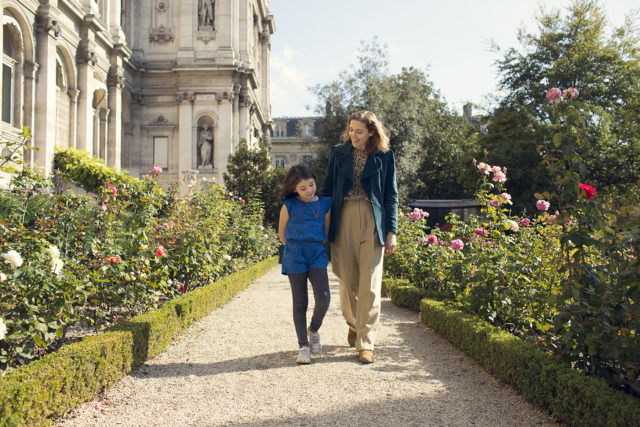 Today, 15 years later, VINGT Paris is the leading property agency for internationals moving to the French capital – with some of the city’s most desirable properties on their books, beautiful offices around the corner from the Ritz and a client base all over the world. What is more, the company has itself gone global, having expanded into the South of France and even London and New York.

Meanwhile, back in Paris, their portfolio of services now includes everything from bespoke property searches and renovation advice to a dedicated VIP concierge. In short, everything that anyone could ever need to start their new life in Paris.

“Things have certainly moved on a bit since we first started the agency,” says Susie, who also has a 10-year-old daughter now, Paloma, who she lives with near Bastille. “But, at the same time, our raison d’être remains the same. To help people from abroad realise their dream of living the Parisian life.”

Juggling the demands of motherhood and different business ventures is a challenge in itself, but to have accomplished so much in Paris – a city renowned for its red tape – is all the more impressive. However, that entrepreneurial spirit, fearsome work ethic and a genuine desire to help her clients, many of whom have become good friends, have taken her far. Oh, and not forgetting of course, that magnificent mantra on the mug.