On July 14, 1789, the French took to the streets, stormed the Bastille Prison Fortress and kicked off the French Revolution. While the area has changed a lot since, it still retains some of its maverick roots. It is currently home to many artists, artisans and musicians. A walk down these historic streets offers an interesting mix of ancient and modern treasures.

Take the metro to Bastille. Upon exiting, you’ll see the Colonne de Juillet, a column commemorating another revolution in 1830 during which King Louis‐Philippe replaced King Charles X.

The 52 meter high column (171 ft) honors the 504 victims during the 3 days of the revolution. The ‘Spirit of Liberty’ statue tops the column.

On the southeast corner of the place you’ll notice the Opéra Bastille…it’s hard to miss. This modern opera house, designed by Uruguayan architect Carlos Otto, was inaugurated in 1984.

Some people love its modern lines and consider it a wonderful step forward in the modernization of Paris’ architecture, others hate it and consider it a monstrous eyesore built on historic ground. Once you’ve made that decision (most people decide pretty quickly if they love it or hate it!) walk down the Boulevard de la Bastille.

On your right you’ll see a waterway called Le Bassin de L’Arsenal, this former moat of the Bastille Fortress makes for a lovely stroll in nice weather. Dotted with little cafés on its edge and flowered by a charming park, you’ll find many locals reading, writing, chatting and lounging there on sunny days.

After your waterside stroll, walk back up towards Place de la Bastille. During the daytime, we recommend exploring down the Faubourg St. Antoine. This rather large thoroughfare is very exemplary of the dichotomous nature of the quartier. Mixing modernity with history, you’ll notice that the street is peppered with high street brands like Ligne Roset, Silvera, Habitat, etc, but be sure to walk slowly and take a peek down the many ‘passages’ that snake behind these facades. On these narrow streets, relatively unchanged over the years, you’ll find myriad charming, old-fashioned wood carvers and furniture making workshops.

Continue down Faubourg St. Antoine and you’re heading east toward Square Trousseau, a lively patch of green where locals play Ping Pong and neighborhood kids do monkeyshines on the jungle gyms. A block further down you’ll hit the intersection of Rue Trousseau on your left and Rue de Cotte on your right, head right down Rue de Cotte.

Wander down until your reach Rue Theophile Roussel (on this street you’ll also find Le Baron Rouge, a charming wine bar who specialize in oysters) that will lead you to Place D’Aligre and its legendary Marché d’Aligre. The market is made up of two parts: the covered market called «Marché Beauveau» and the open‐air market on the Square d’Aligre which boasts amazing produce and a flea market. Once you’ve investigated the market…filled your bags and bellies with goodies…loop back around to Rue de Cotte until you reach Rue de Charenton, walk a few yards until you reach Rue Abel and make a left, you are now heading towards the Promenade Plantée and the Viaduc des Arts on Boulevard Daumesnil.

Located a few stories above your head on Avenue Daumesnil, the Promenade Plantée is an elevated garden built on a former railway track. It stretches along the site of the tracks, while under the vaults of the old viaduct nest a series of galleries, ateliers, boutiques, cafes, and artisan workshops ‐‐ ebony carvers, antique lace and textile restorers, bookbinders, etc. There are a few staircases that lead up to the promenade on Avenue Daumesnil, but if you want to start at the beginning you can access it from behind the Opera Bastille. Be warned, this green, elevated park is insanely long – it stretches from Bastille all the way to the Bois de Vincennes! It is currently the only elevated park of this size in the world (it was the inspiration for New York’s High Line) and was featured in the film “Before Sunrise” with Julie Delpy and Ethan Hawke.

Once you’ve explored the verdant spaces of the Promenade Plantée, it may be time to fortify yourself with some of the 12th’s culinary offerings. This burgeoning ‘foodie’ area is home to some great restaurants and wine bars. Heading back towards the Place D’Aligre down Faubourg Saint Antoine, keep going until you hit Rue de Citeaux and stop in at Le Siffleur de Ballons. This cave a vins serves simple plates of charcuterie and cheese to accompany their interesting selection of natural wines from smaller French vignerons. You can even take some of the produce, such as pates and terrines, home with you! 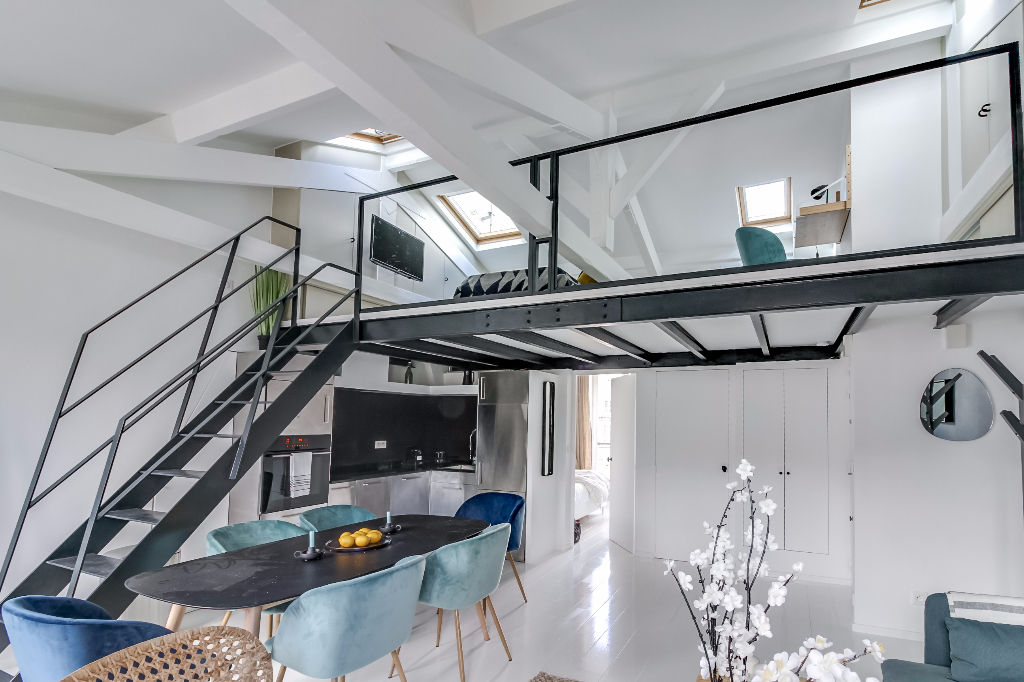 Recently renovated to a high specification, this stunning loft apartment combines cutting-edge design with stylish decor – and all in a great location close to the bars, restaurants and shopping of the buzzy… 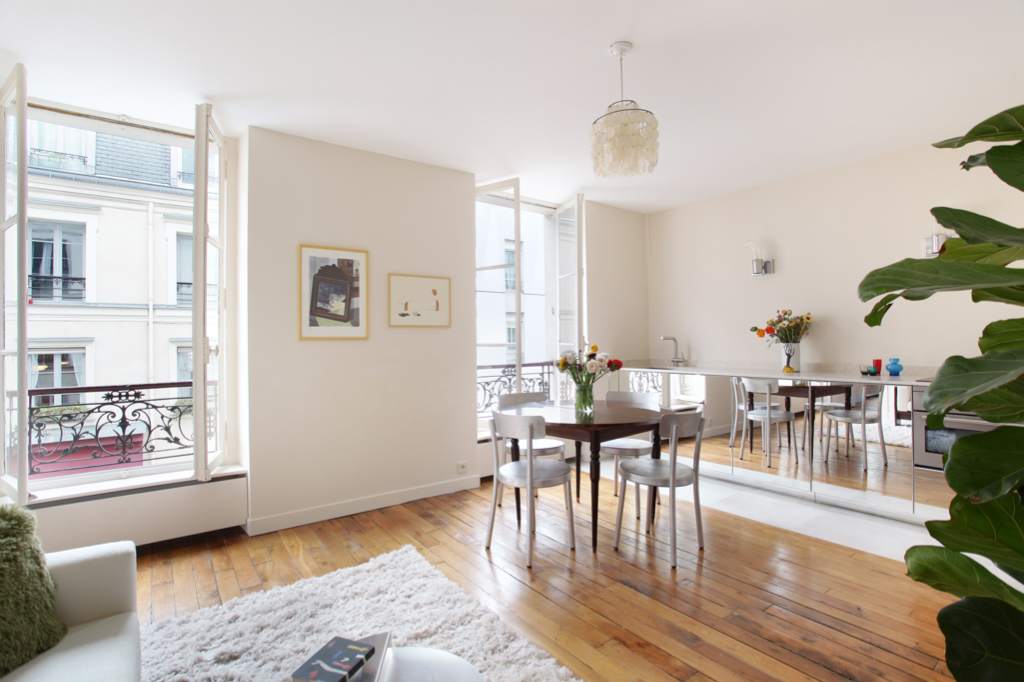 Currently under renovation, this 1 bed apartment is in a great location close to the bars, restaurants and shopping of the buzzy Bastille district in the 12th arrondissement. o Recently purchased with VINGT…